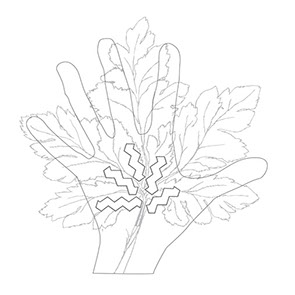 Bibliotheca Alexandrina - Delta of the Nile

The ten drawings have been realized in the short period between January 1989 and April 1989.  The particularity of this set is that the same blue print has been used as background for all the drawings, except for two, and then variations and detail solutions have been studied and implemented with colored pencils and white chalk directly on the plans.